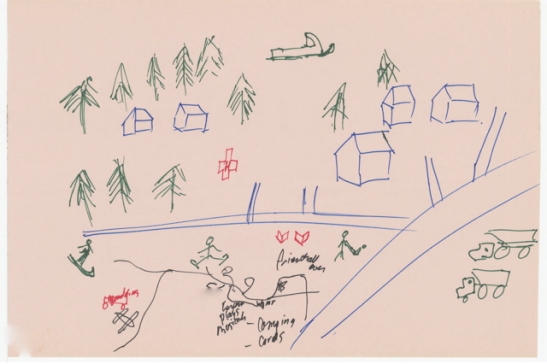 “I came to McMurray right out of high school. Got married. Stayed here and the other option was to go to Edmonton or come to Fort McMurray and I didn’t want to go to Edmonton because of the size and that.  And so my sister was here so I came here. I had a job the next day. There was always work here. . . Most of our family is in trades. So trades people are never without jobs or even when things are slow they still have work, kind of thing.”

“The sense of community isn’t there in the sense that a lot of the new families moving in, a lot of the new families, they have no roots here. And they have no desire to make roots [in Fort McMurray].  A lot of the young people coming here they came for the money, they work so much they don’t get into a social life. They hit the bars and the drugs and the booze and all that kind of stuff and then they work again. And they aren’t meeting people so they aren’t getting actively involved in anything. . .They work crazy hours. They are up at what, five, six? Well, they’re at work probably by six every morning. So you know they’re probably tired and when they come to town…I know of people who joke they’ve been working here for 10 years and they’ve never bought a thing here. Like they don’t even buy boots or work clothes or gloves or anything, they buy them when they go home. They never see the city.”